THE HISTORY OF THE FOUNDING OF THE MEDIEVAL WOMEN’S CHOIR
as told by Sally Mitchell, co-founder of MWC,
and written by Carol Martin

In the early 90’s Margriet Tindemans became the founder of a unique choral group of women and called it the Medieval Women’s Choir. She believed that any choral singer could learn to love this extraordinary repertoire and, through it, gain an appreciation and understanding of the culture that created it. Three decades on, Margriet’s choir, and her vision, continue to thrive.

The inspiration to assemble our choir began much earlier. In the early ’80s, when Margriet, vielle player, and a member of the group Sequentia from Cologne, traveled to the US to do a concert with the Early Music Guild in Seattle, now known as Early Music Seattle. Volunteers ran the guild, which was at that time very small with limited staff. Artists weren’t put up in hotels, they stayed at people’s homes. Dick Templeton, a board member, would often house the visiting string players. Margriet was offered to stay there.

The night she arrived, Dick came home late but he’d left a key for her. When he got home she was on the couch knitting. She looked up and said, “Your dinner’s in the oven.”

They hit it off, fell in love and stayed in touch long-distance and eventually decided to get married. To live in Seattle, Margriet had to leave Sequentia since she was no longer a resident of Cologne. This didn’t stop her from being involved in the early music community. Far from it. Margriet was very much in demand as a performer of viola da gamba, baroque viola, and vielle, and toured and taught throughout North America.  She was able to get a teaching post at the UW, led the Collegium Musicum–an ensemble of singers and early music instrumentalists–and gave viola da gamba and vielle lessons locally as well. She maintained a grueling schedule. During this time she found there was much interest in Medieval music in Seattle. 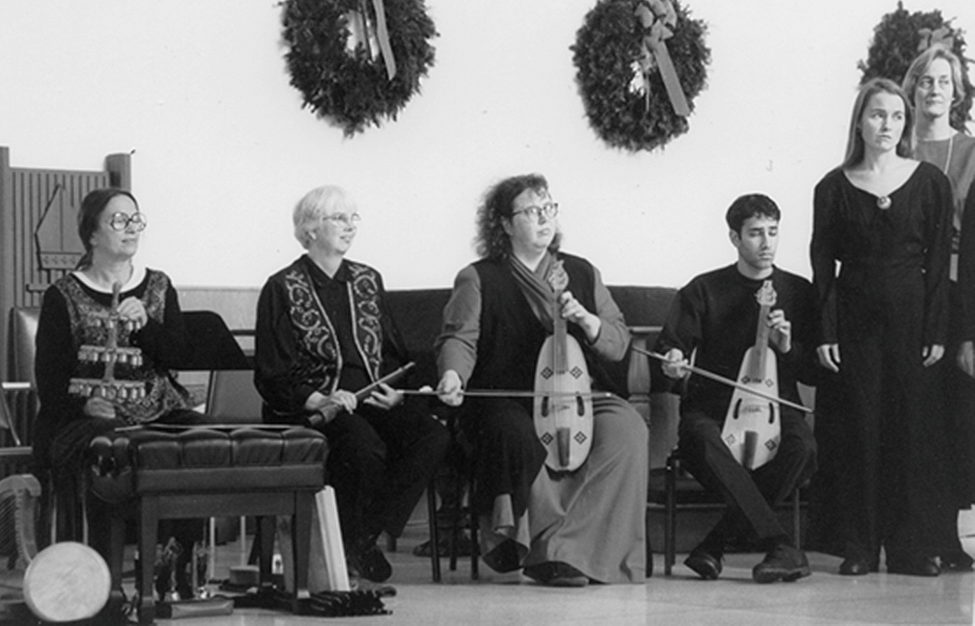 In 1989, Sally Mitchell asked Margriet after a UW Collegium concert of medieval music if she would be willing to give workshops in this music to adult amateurs. Margriet agreed that she had the same idea whirling around in her head, so she and Sally, as right-hand administrator, made plans for three afternoon workshops starting in the fall of that year. After informing a list of people they knew who might be interested, the first class immediately filled up. 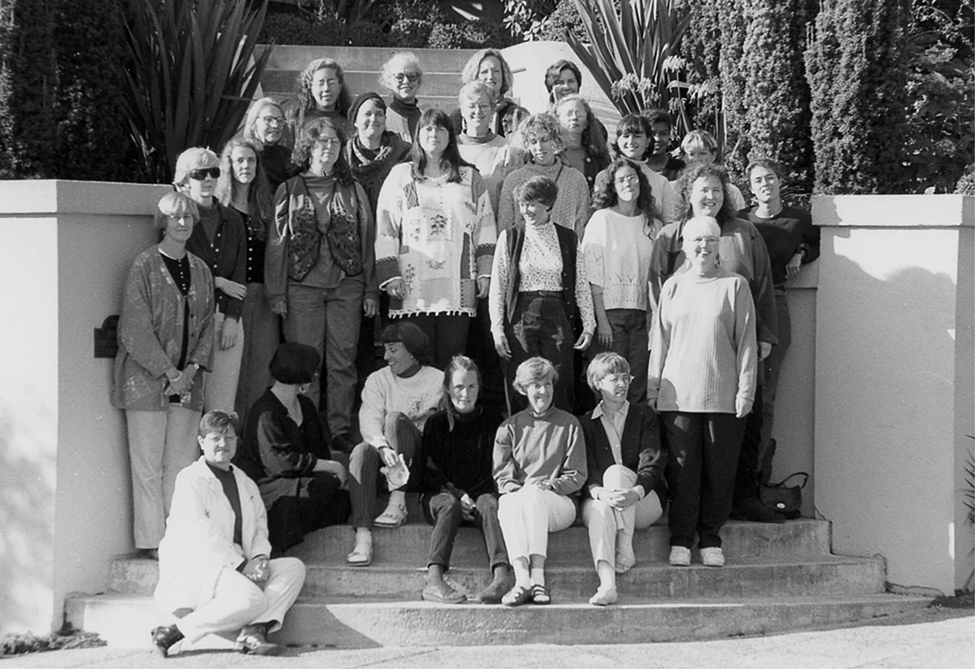 They had the first workshop at St Paul’s in Queen Anne, calling themselves the Northwest Center for Early Music Studies. This laid a foundation for what was to come. Medieval music is modal (using alternative scales to our Western major/minor system written in older forms with very little indication of rhythms). Margriet’s approach to improvisation was a big part of this introductory workshop, and, with its emphasis on modes, presented a challenge for those schooled in classical music reading. The students went out for dinner afterward with their heads spinning with medieval structures and modes. Someone suggested to get together before the next class and practice these new skills so they could remember and reinforce them. They decided to meet every other Saturday morning and called themselves a medieval study group, preparing themselves for more classes to come.

For the 1990-1991 season, Margriet wanted to break down the classes to teach specific skills and present weekend workshops to delve into various repertoires. She threw all her knowledge of medieval and Renaissance music into the classes and began to invite touring musicians as guests in leading workshops. 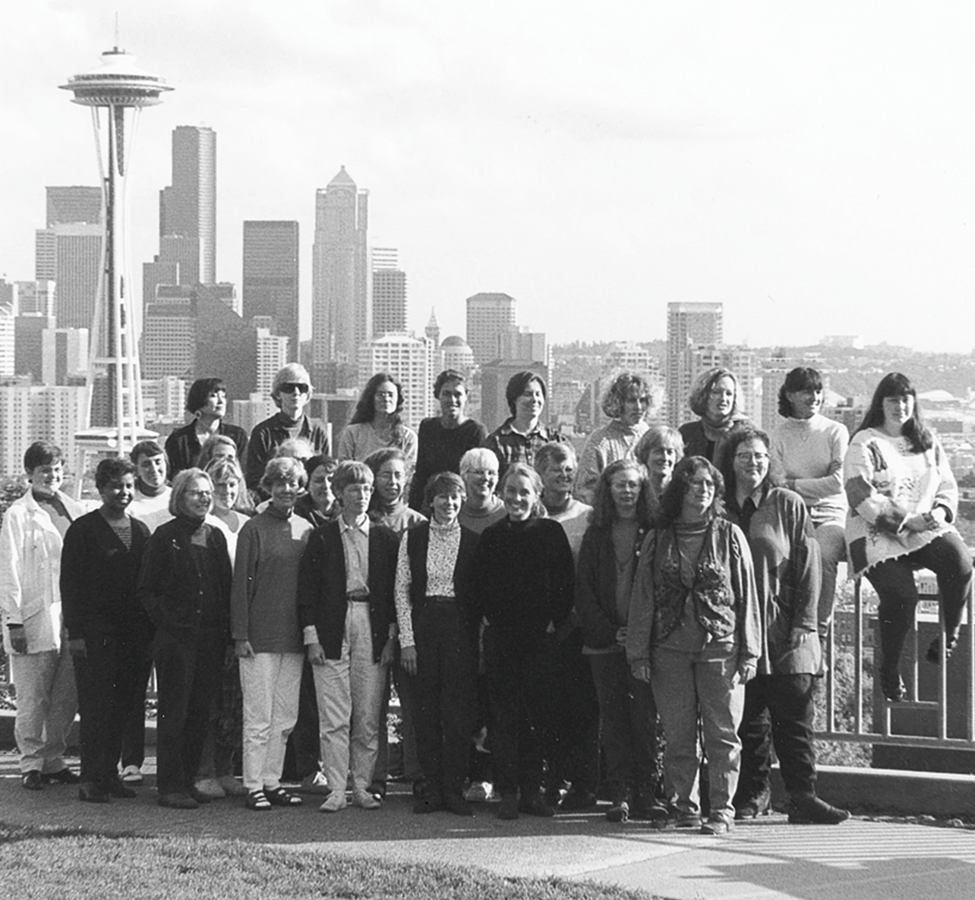 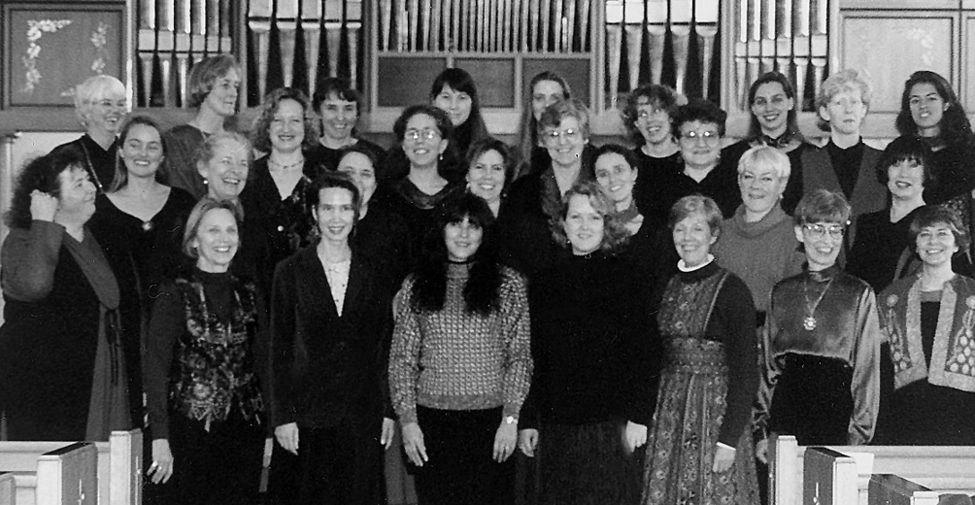 Margriet and Sally realized that it was no longer just a class. This was a true choir created out of a number of workshops dedicated to the study of Medieval music and the joy that came with it. The students were enthusiastic to a point where they wouldn’t let Margriet even think about backing away from forming a choral group. It had taken on a life of its own, with it‘s own spirit, its own identity. The group become a community centered on Margriet and medieval music and the members felt like they owned it as it flourished and grew through the years.

And so it did.  “In the early years we never had to try to recruit members,” said Sally. “People just kept coming and she [Margriet] wanted to cap it at 30, so we did. We started a waiting list but no one moved out—it was not really a waiting list, it was more like a parking lot!”